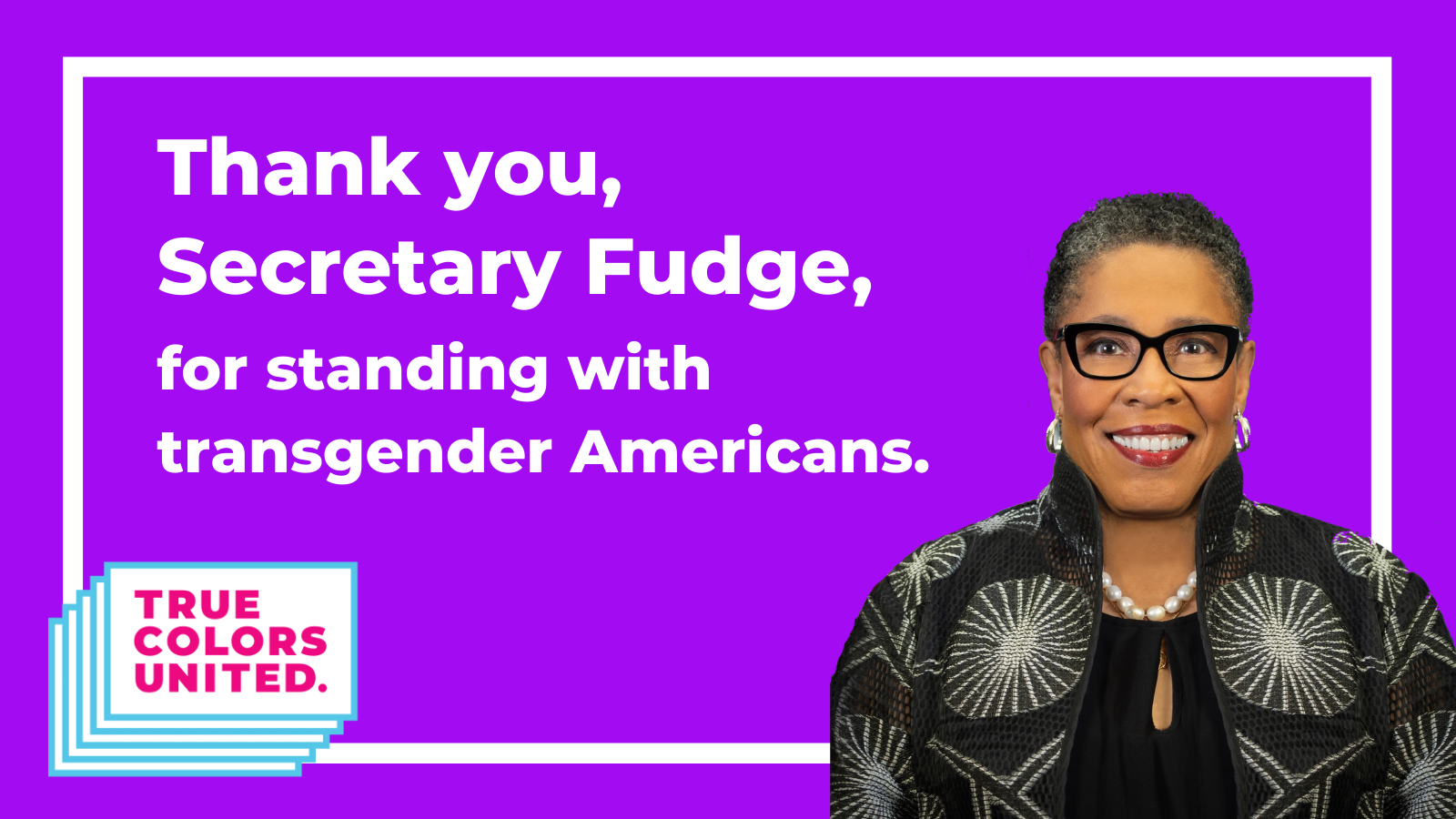 What if we told you, that one rule was the difference between thousands of people having housing or not?

Pretty unbelievable, right? Well it could have been a reality under the Trump administration’s attacks against trans people.

This Anti-Trans shelter rule change was one of the more hateful proposals to come out of this discrimination administration. Not only would it have removed vital protections for trans people seeking housing, but it also would have encouraged shelter providers to decide who is eligible for access to single-sex facilities which opens the door to discrimination.

Last year, True Colors United & the National Center for Transgender Equality led a historic effort to galvanize Americans across the country to oppose the rule changes, helping to generate more than 66,000 comments to HUD on the issue. Our campaign broke records, driving more comments to HUD than they received on any other Trump-era rule.

Today, Secretary Marcia Fudge of HUD formally announced that the Department has ended Trump-era efforts to deny critical nondiscrimination protections in homeless shelters for transgender people. Under her leadership, HUD is recommitting to advancing efforts to make housing a human right for all, including transgender Americans.

Sign the thank you card here to show your support for her leadership on behalf of LGBTQ+ people across the United States: